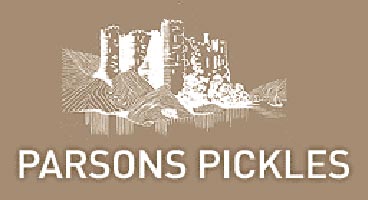 Cynnyrch Cymru / A product of Wales.

Laverbread is a Welsh delicacy, which is produced from edible seaweed Laver, which grows on the rocky coastal areas of Wales.

Laverbread is rich in health giving minerals, including iron and iodine.

Laverbread is traditionally eaten in Wales with fried cockles, bacon, mushrooms and eggs, as a hearty meal.

Laverbread is a Celtic delicacy which is produced from a particular type of seaweed (very similar to the seaweed which is used by the Japanese – Nori), which is mainly found on the West Coast of the British Isles and Southern Ireland.

After being gathered the seaweed is thoroughly washed and is cooked until it becomes soft.

It is then minced to convert it into a paste like texture.

Laver is nutritious, very low in calories, rich in protein, contains iodine and vitamins A ,B, B2, C & D.

Due to the nature of the product, it is classified as being able to use the vegetarian symbol.

Store in a cool place.

Once open, keep refrigerated and consume within 2 days.

1. Mix the laverbread and the oatmeal together and shape into little flat cakes, about 2" across and 3/4" thick.
2. After frying and removing the bacon place the laver cakes into the hot bacon fat and fry for 2-3 minutes on each side, maintaining the shape with a pallet knife as they fry.
3. Lift out carefully and eat with the bacon.

Leaving out the egg, mix all the ingredients and liquidize.
After liquidizing, stir in the egg.
Pour into a non-stick oven-proof pan and stand in an inch of boiling water.
Cook in oven for 40 minutes at gas mark 4 or 180°C.

Tasty Tip - Substitute the garlic with either 1 tablespoon of Tia Maria or Brandy.

TOASTED LAVER SNAKES:
Spread laver on toast and top with any of the following:
Scrambled egg, sliced tomatoes, grilled bacon, Parsons Pickles Cockles or Mussels.
Top with cheese and finish under the grill for a few minutes until the cheese has melted.